I’ve known Christine Miserandino via on line for over 10 years and her Spoon Theory and her But You Don’t Look Sick web site has helped save my life.

I’m celebrating today with Christine because her name and The Spoon Theory were mentioned on MTV news!

Special thanks also goes out to Deepa Lakshmin who wrote the story about people living with chronic illness.

Basically the Spoon Theory is a way to show healthy people what being sick is like. We are all given a certain number of “spoons” per day and while a healthy person may use 1 spoon to take a shower, it may take away three spoons from those suffering from chronic illness.

Christine and her Spoon Theory has grown so much that people identify themselves as “Spoonies” and I proudly count myself as being one of them.

Thanks again to MTV for spreading the word and congratulations to Christine! 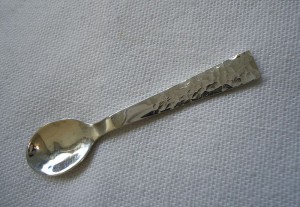