Today is a special day for me. Five years ago I attempted suicide and I am celebrating that I wasn’t successful. I suffer from Bipolar Disorder, a disease that is characterized by extreme lows and extreme highs. The risk of suicide is high among those with manic-depressive illness; approximately 10-15% of people with a bipolar diagnosis complete suicide while many more attempt suicide unsuccessfully.

A lot of factors went into my suicide attempt. In 2011 I was on an antidepressant that my doctor was giving me free samples of because of the high cost of the drug. This went on for over a year and I was feeling well. Then the doctor ran out of samples. The co-pay for the drug was hundreds of dollars and I had no choice to go off of it. From there my mental health went downhill.

In December of 2011 I found out I was denied Disability (SSDI) and would have to go through an appeal process that would take over a year. I felt a sense of uselessness. I wasn’t bringing in any money to help support my family.

In 2012 my pain levels really kicked into high gear. I would go to the emergency room and was told that the best pain medicine I had was at home. I began experiencing sleepless nights because of the pain.

Throughout it all was the feeling that I couldn’t be the mother Tyler needed. I couldn’t support him, cook for him…play with him. I felt that Tyler would be better with another mother. He was five at the time and I thought he would barely remember me if I killed myself.

Luckily I was unsuccessful in my suicide attempt. I spent two weeks in the hospital but I wasn’t better. I was experiencing suicidal ideation, fantasizing about trying again and how I would do it. I realized that it was difficult to kill oneself but that didn’t stop me from wanting to.

In August, through a miracle, my depression and suicidal thoughts went away. I started seeing a therapist and a psychiatrist who put me back on medicine. I began to get my life back.

If I could tell someone who is as low as I was anything, it would be that depression lies to you! I would have ruined Tyler’s and my husband’s life as well as my friends and other family. Depression tells you that everyone is better off without you but that isn’t true.

Today, five years later, is a day of mixed emotion for me. I am so thankful I survived my attempt but I am currently experiencing depression. However, I am not as low as I was and I hope never to be again. I see a therapist and a doctor. Tyler is the light of my life and helps me get through my days.

If you feel like striking up a conversation with me because you are having suicidal thoughts please feel free.

If you need someone more anonymous you can call The Suicide Prevention Hotline in the U.S. at 1-800-273-8255 or if you are in the UK, there are many numbers so you can go here. All of the hotlines are available 24 hours a day, seven days a week.

But don’t hide your thoughts. I have been where you are. Get help, speak up and speak out for suicide prevention. 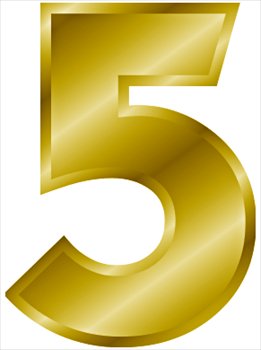 11 Responses to Five Years of Surviving