Hope for My Son

I read Girl in Translation by Jean Kwok as a part of the Silicon Valley Moms Group Book Club. This post is inspired by this book.

Eleven-year-old Kimberly Chang and her mother emigrate from Hong Kong to New York with visions of the Statue of Liberty and Times Square.  Instead, they wind up living in a condemned apartment with roaches and rats.  Her mother works in a sweatshop, with Kimberly having to help her after school just so the work given to her mother could get done.

Although the semi-autobiographical novel is told from Kimberly’s point of view, I found myself identifying strongly with her mother.  “Ma” was a music teacher in Hong Kong in a school where her husband was the school principal.  They lived a life that was considered to be a good one but Kimberly’s father died when she was three-years-old.

When I was pregnant with Tyler, my husband and I had the whole world.  We were both working, had a large savings, and were debt-free.  There were no money worries when we were preparing for Tyler’s birth.  My being laid off while I was on maternity leave turned into an unexpected opportunity as I accepted a position in 2007 that paid a lot more than my previous one.

I had been chronically ill with Rheumatoid Arthritis since 2003 but was able to work, even though there were some difficult times.  But in 2008 when I was diagnosed with Lupus, working just became too much for me and I had to quit.

Like “Ma”, my dreams and desires for my son are still there of course, but a lot more unreachable.  My worries about money are ever-present and the financial assistance I expected to provide for my son for college is now unimaginable.

As with Kimberly there will be a lot of pressure on Tyler to do as well as he can.  A lot will fall on him for him to make his way in life.

And I, like “Ma” will keep going as best as I can, and hoping that my best will be enough for my child to succeed. 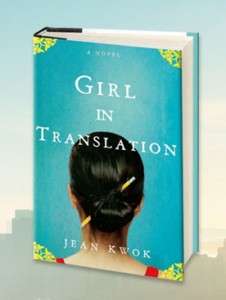 5 Responses to Hope for My Son