Sometimes the Right Pet is Waiting to Find You

This book was given to me at no cost as a member of the From Left to Write book club.  This post was inspired by this book.

Cowboy & Wills by Monica Holloway is the true story of a little boy with autism who is brought out of his shell when he finally gets the pet he had wanted for a long time, a golden retriever puppy he names Cowboy.

When I was a little girl I really wanted a dog.  I made up silly promises to God such as if I didn’t look in the laundry hamper when I threw in my clothes, someday there would be a Lhasa Apso puppy waiting in there for me.  Hey, what do you want, I was seven or eight years old!

I didn’t get a dog.  But when I was about nine a stray Applehead Siamese cat started hanging around by my house.  She would walk with me to the bus stop and would be waiting for me when I came home. She meowed (Siamese cats have extremely loud voices) very loudly and I was afraid of her.  It was winter and my parents took pity on her and started to put food and drink out for her on our porch.  After that she owned our porch; meowing, hissing and spitting at me,  and I was so scared I would go in the back door of our house.

Even though I was scared, I still wanted her.  My dad was the last holdout.  On the night of January 2, 1980, I believe, we had a horrible snowstorm with several inches of snow.  My dad told my mother “If she’s out there in the morning and I can find her, I’m going to bring her in”.  He found her huddled in an appliance box that we were throwing out.

We put her down in our spare room.  Even though I was scared I thought, “If this cat is going to live with us, I have to be her friend”.  So I locked myself in with her, determined for us to get over our mutual fear of each other before I came out again.

She turned out to be my best friend and the smartest cat I have ever known.  She even knew how to turn a doorknob. I named her “Whiskers” because she had the longest whiskers I had ever seen, not that I had known many cats.  She was absolutely gorgeous.  The veterinarian judged her to be between three and four years old.  I told her all of my secrets and I used to cry to her when I needed to talk.  She was mostly my cat, although she did enjoy laying right on my dad’s chest just under his chin (very uncomfortable but he obliged her) while he watched television.

My father took on the job of giving her insulin injections.  This was back in the early 80s and the vet told us that most people simply put their pets to sleep when told that they had diabetes.  But we loved her so much and she gave so much to us, that that was NEVER an option for us.

Since she wasn’t able to tell us how she was feeling, it was a constant guessing game to approximate how much insulin she needed and how much she needed to be fed every day. Sometimes she would go into diabetic seizures when her sugar was low.  We always kept a bottle of maple syrup and sweet supplements handy.  I remember one scary time when she fell down the staircase due to a seizure.  She threw up nearly every day.

You might be thinking that Whiskers was suffering and that it would have been the kindest thing to put her to sleep, but that wasn’t the case.  Most of the time she was playful and loving. She seemed to understand that she needed those insulin injections which sometimes were twice a day, and she never struggled during them.

She lived with us for ten years.  Towards the end she was at the vet’s more than home.  The vet loved her so much too that he no longer charged us!  She died between the ages of 13 and 14 and the vet said that was (at the time) the longest he had ever seen an animal live with diabetes.

My father was so devastated he swore he would never get a cat again, he couldn’t bear to love an animal so much and have it die on him, and he was true to his word.  But my mother, brother and I all have cats.

I don’t think I will ever find a cat as special as Whiskers.  She wasn’t my dog, but she was the pet that I was meant to have. 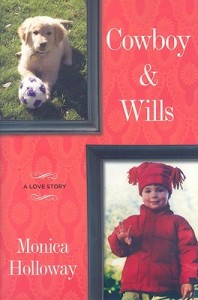