(After having just a precious 2 days with my beloved laptop, there is a problem with the new hard drive they put in, so once again, I must bring it to the shop this weekend, yeah, Happy Fathers Day to you too. !  I am writing this post on my husbands laptop.  His has a possessive/quote key that works about 25% of the time.  As he is a professional writer I do not know how he can stand this, but there it is.  I write this to let people know that my grammar and editing are much better than it would appear. Thank you.)

You know the saying, Dont Sweat the Small Stuff?  Well when you are dealing with large scale catastrophic things nearly ever day, the Small Stuff becomes unrecognizable.  I was taking Tyler to school yesterday when I saw that my car had been scraped and dented.  A weird school bus yellow paint covered the whole drivers side.  I kept asking Tyler if I was scaring him because I couldnt stop being upset, trying not to cry and trying to curb the language.

I called Grant and he said not to worry, just to be careful driving, and come home so he could take a look. Thoughts kept running through my mind such as driving around my neighborhood looking for a yellow car, calling the police and taking pictures of the damage as soon as I got home.

When I pulled up, Grant came out and he said, Im sorry, I did that last night.

You WHAT?  What happened?  How come you didnt tell me last night?

Grant said that he scraped the car against one of those light posts in the shopping center, the kind with a cement base.  He got out of the car but it was so dark he could not see.  He couldnt see any paint at all on the car and neither could another guy who saw the accident so he assumed that he didnt do any damage.

Grant and I share a car since we are disabled and are often housebound.  When I had my own car (I was a Volkswagen Beetle type of girl) I kept it in a pristine state, washing it ever two weeks, inside and out, and if there was any dents or dings from a person slamming their door into my car, I fixed it right away.  Of course, now we cant afford to do something like this, to our 7 month old car.

I need to vent here and tell you that Grant might possibly be one of the worse drivers I have ever seen.  We had to get our brakes replaced in our last car, less than three years after we had gotten it.  He is always slamming on them. He has had many near misses. He is constantly hitting light posts and support beams.  It didnt matter so much when it was his own car, that was his problem, but I dont have much in this world and our car was the last purchase we made before we proceeded to trash our credit.

I was crying and shaking, its not just about the car, you know, its just…EVERYTHING.  I went to a car wash, the first car wash ever for my seven month old car to see if any of the paint would come off.  The very friendly man must have thought I looked pathetic because after the car wash, for free, he lacquered off the paint, leaving only the small dents and scratches. At least I didn’t have any bright yellow paint on my car any more, I could live with it, until one day when we have money again, I could get the rest of the car fixed.

The man told me that since he had taken the cars original coating off, that I needed to wax it in the next few days or it would start to rust.  He was very honest and told me I could find wax a lot cheaper somewhere else. So I headed to the automotive store and picked up the wax.  As I was driving home, Grant called and said that my PCP had the medical records I needed for my disability so I went and picked them up.  One thing accomplished.

Since I was so close, I decided to stop over at the pharmacy that handles my pain medication.  Last month, even though I pay over $600 in private health insurance a month, because my pain med, Opana ER, does not come in a generic form, the two doses I have to take, one 30 mg tablet every 12 hours, and 5 mg.s for breakthrough pain, the CO-PAY cost over $300!  It really set us back last month, a surprise expense like that, and I had never had to pay for something this much out of pocket, while already paying for my own private insurance.

The pharmacist at this local pharmacy can be happy, annoyed, humorous, brusque; I honestly think that he may have some mental issues.  I usually go to a chain pharmacy but this pharmacy is a headquarters for medication and they always have what you need, so my PCP wanted me to go through him.  But a week ago when I gave him my Rxs again, he told me that he was going to do the best he could for me.  What is this, lets make a deal?, I said.   Emily you are so funny!, he laughed.

Things are pretty bad right now for us, I couldnt afford to pay $300 so I wanted to see what he meant when he told me he would do the best he could for me.

When I came in, I asked him how he did on my Opana Rxs.  Who are you?, he asked.  I was really taken aback by this. Remember last week when you told me you were going to see what you could do for me?  You were going to make me a deal?

What deal?, he snapped.  I dont make deals with people about their medications!…Oh, yeah, I called the company to try to get you a $25 coupon and they told me they didnt have any.

One of his assistants gives me the drugs, over $300.  I started to shake and the tears started coming.  I dont have the money for them.  This was not what I was expecting when Owen said he would help me.

Are you okay? the assistant asked.  I wasnt.  This is the first time it really hit me; I dont have any money, I cannot afford my medication, how will I function when even with the medication, I am still in a lot of pain?  I asked to speak to the pharmacist privately.  My thought was that perhaps he could fill the Rxs and I could take them from him, little by little and pay for them little by little.

The pharmacist was not coming over to me.  I started to cry more and more.  It hurt to stand and the stress and the shock were making the pain worse.

What do you want? You are wasting my associates time, my time and my customers time!

I told him about my proposal and he said, No, I cannot do such a thing!  You are not a customer here!

And then, this was probably one of the most awful, embarrassing things I have encountered since I have been on this journey of being sick and so poor, he threw my written prescriptions in my face!

I was so shocked I couldnt move.  I cannot help you! And he walked away from me.  All of the customers were looking at me.  The pharmacy techs were in disbelief.  How do you treat a human being like that, and a very sick one in chronic pain as well?

I dont know how I was even able to drive but I went into the next parking lot I could go into and called my regular pharmacist.  I was hysterical.  I explained my situation and proposal, and I dont know if this is exactly legal, but she agreed to help me.  Thank God.

I did some grocery shopping while I was there.  I felt so out of control.  And then, I decided to do something that always cheers me up.  I bought something for Tyler.  The woman who could not afford her pain medication bought her son the Thor comic book hes been wanting. I was in control of something…the delight on my childs face when I gave him his comic book. 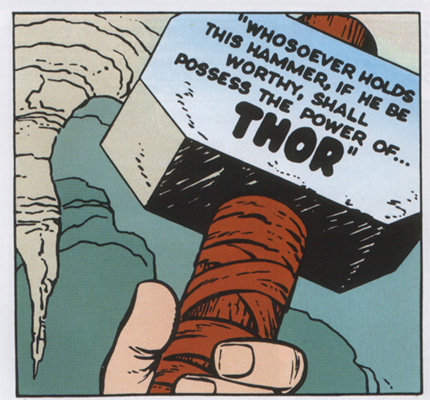