Wake Me Up Before I Go-Go

You know that title isn’t even funny?  Even though it is?

If you read me regularly, follow my tweets, or are on my Google+ (as Emily Cullen), you pretty much know what’s going on in my life at all times.  Lately I am starting to have as much trouble as Job himself.  As you can gather from the title, I am having a horrible time staying awake for much of the day!

About 20 years ago I was in a major car accident.  The EMT said to me, “I don’t know how you were able to walk out of that.”  Yes, I was extremely lucky.  Always wear your seat belts! Anyway, about two months later, I was finding major difficulty getting out of bed in the morning.  I felt as if I was waking from a comatose sleep and I was extremely foggy. Frightened that my doctors might have missed something, I made an appointment with my family doctor.

“Have you experienced any kind of trauma lately?”, he asked.  I told him about the car accident in October and he told me that my body was still reacting to what I had experienced.  “See if it does not go away in a month.”  And sure enough it did.

I am really hoping that this is the same kind of thing.  I have been experiencing new trauma on a daily basis, who would want to get out of bed, much less, stay awake?  But lately, it has become worst, by the day, in fact.  I noticed on Monday that I needed five cups of coffee, some with ice cream in it, just so my eyes would stay open…while driving.  Yes, driving is the worst.  Like a newborn going for a car ride, my body wants to sleep..except it is me behind the wheel!  This, need I say, has been most distressing.  I don’t drive more than an hour any where due to my pain and fatigue, but this is downright scary.

I can drink a cup of coffee and go right to sleep afterwards.

Yesterday, I didn’t go anywhere but I was having trouble staying awake anyway, from about 3:00 in the afternoon onwards.  I took a nap, but it was not enough.  I took another nap at around 7:30 p.m. for about an hour.  I still could barely stay up.  I made Grant go out for ice cream.  “But you told me that you were on a diet, that I shouldn’t buy you ice cream, even if you begged!”  “Do you think I am fat?!  This isn’t because I want it, this is an experiment!!” I hissed.

Grant ran in terror and fear to the supermarket.

I put the ice cream (coffee) into my coffee and put in some mini Reese’s Peanut Butter Cups.  I fell asleep while drinking it.

“Go to bed, Emily, I will deal with Tyler,” Grant said, both scared and sad.

So this is where I stand.  Or sit.  Or lay.  Or sleep.  Tomorrow I see my Rheumatologist.  He is supposed to judge me to be well enough to take my immunosupressant drug, Orencia on Monday. Or he may want to switch me to the newest drug for Lupies, Benlysta, since I seem to be failing on Orencia.

And now I have this narcoleptic-like issue to deal with.

As always, I will keep you posted. 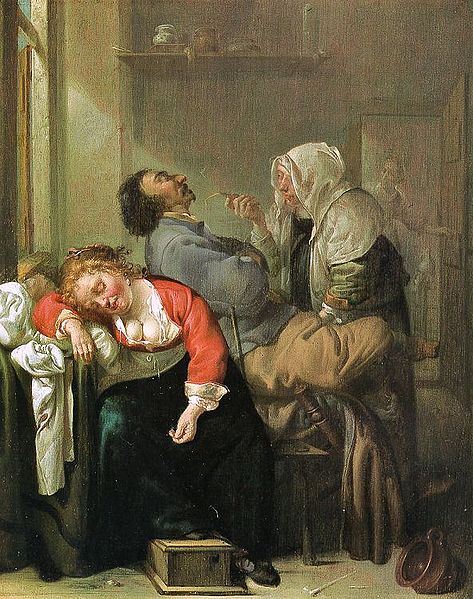 3 Responses to Wake Me Up Before I Go-Go