After waiting nearly five months for a decision on my disability trial, in yesterday’s mail I received an “unfavorable” decision.  I don’t know how well I will write about this because in my heart I felt that I would get my disability and that the reason it was taking so long was that they were just trying to figure out how they would award me.  My lawyer’s office had said they were expecting a fully favorable outcome and when last we talked my lawyer said that the evidence presented by my treating doctors was one of the strongest he has ever seen.  I called the office immediately yesterday and they told me that they had also received the decision, that my lawyer would probably start reviewing the case today and get back to me within a week to ten days about what his recommendation would be.  I have sixty days to notify them if I will appeal the decision.  Until I speak to him I am not quite sure what will happen next.

The decision was more than 10 pages long and I have not even looked at it and don’t know if I even can.  When I saw the lies the Social Security doctors had written about me and the true results of my case not put in the exam, it nearly brought me over the edge.  I really thought the rebuttal letters from my lawyer and I would shake things up a bit, but were they even read by my judge? These doctors committed medical malpractice, they lied and they did not put in pertinent information that would have been favorable to my case…what recourse do I have towards them?  Who pays for this besides myself and my family?

I know that when I originally had my disability trial on July 19th, I did not blog about it because I felt it was too traumatizing to relive it on paper but now I feel compelled to write about it, at least the major highlights.  I truly felt I did not have “my day in court”, the judge kept looking at the clock.  I had over a dozen diagnoses, took many medications but she only asked me three questions.

What is that?  What is that? You, the person in charge of my future, you, who hears testimony from sick people every day…has never heard of Orencia??  Do you watch television?

When we got into the courtroom, I put my feet up, as I cannot for any length of time sit with my feet down due to the swelling.  But the room was too small so I put my feet up to my chest.

2) “How come you can put your feet to your chest?”

“It is easy for me because I am hypermobile.”

I would think that any idiot would be able to figure out what “hyper” and “mobile” might be.  Need I write any more about this one?

3) You take Pristiq for your depression.  What side effects do you experience on this?

“Not too many, except for the sexual side effects.”

3a) How much sex are you having?

I was in shock, what in God’s name does that have to do with whether or not I am capable of doing a job?  I looked at my lawyer and he said I had to answer the question.  I answered it, I will leave the how much or how little to your imagination but it was embarrassing and degrading.

Most of the time was spent with the judge offering up jobs that she thought I could do and my lawyer knocking down each one, I did feel he was a very good lawyer.

I think my whole trial was about 30-35 minutes long.  When she was wrapping things up I got up and told her I had a few statements of my own to make, which she allowed.

I said, “I can’t believe you are trying to figure out what jobs I can do.  I am bedridden on most days!  Every single second of my life is miserable and were it not for my child I would not BE HERE!”

I was angry and crying.  She said, “Well, I hope you feel better” and I said, “With all due respect, your honor I will NEVER feel better!”

I feel like I couldn’t have gotten a worse judge.  My lawyer said she was one of the worst he has ever experienced but not the very worst.  When I went for my court ordered doctors’ exams, people asked me what judge I had and when I told them her name one man groaned and shook his head.  Apparently she had somewhat of a reputation.

Back to the here and now.  I have heard of people needing to go to court two or three times for their disability but I never thought I would be one of them.  My Rheumatologist told me in her experience they always denied the sickest people.

As I break the news to my family and friends, I know that some will question if I am really deserving of my disability, and that maybe some of you will too.  The only thing I can say is that being this sick, and not being able to work because of it has put my family into poverty.  I will never be able to help my child go to college or maybe ever take him on a vacation.  I don’t see how they could think anyone with a family would deliberately not work if there was any way that they could.  I did work disabled for five years and I just couldn’t do it any more and I wish to God that I could.  This was not the track I was on, my future looked very bright.

Going through this process, now over two years, has been the hardest thing I have ever done, physically and mentally and if I didn’t need the money, if Grant were not also disabled I wouldn’t do it, it’s just too hard to beat this literally criminal process.  But I don’t have any choice but to continue on with this fight. 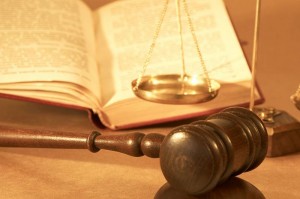