Tuesdays With Tyler: Losing My Religion

I am raising Tyler as a Catholic, like me.  I had him christened at three months old…and that is the last time he or I have ever been in a church.  For many years due to chronic illness I have been unable to attend Mass.  By the time Saturday evenings rolled around I was exhausted, in for the night, and mornings are the toughest for me; for pain, brain function, fatigue, etc.  I used to attend church weekly; dressed nicely with hair and makeup done, and now just doing those things is enough to ruin me for the day.

After feeling guilty for many years, I had made my peace with it.  It wasn’t like I was spending Saturday nights out on the town or heading to the beach on Sunday mornings.  I was just…resting.

And then came Tyler.

I knew I wanted to raise him in the church and I figured I was somehow going to HAVE to find the will to get him there.

He is now six.  And really needs to start CCD next year.

I think I am feeling well enough to try to take him to church, only now, no real surprise here, he doesn’t want to go.

Lately he has been expressing interest in religions.  How does Orthodox Judaism differ from other Judaic religions?  What is the difference between being a Christian and being a Catholic?  (Yep, I’ve got a budding genius on my hands.)

It seems like the perfect time to start going to Mass on a regular basis but when I talk about trying out a service after our Saturday activities or attending a Sunday school class to learn more about God and Jesus, Tyler says, “Maybe next week, Mommy.”

It would have been so much easier to have just taken him to Mass from when he was a baby, when he had no choice in the matter, but I just wasn’t feeling well enough at the time.

As a child I remember being at Mass with a bunch of little children’s religious books which I would read to pass away the hour that I did not understand.  Music was always the best part of the Mass for me and I started singing in the Children’s Choir when I was ten.  I did Folk Group in junior high and also sung in the Adult Choir.

At some point I guess I am just going to have to drag Tyler to church, and soon.

I just hope I have the energy. 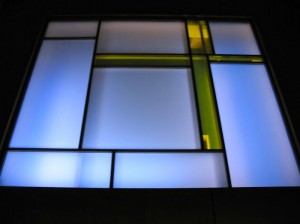 3 Responses to Tuesdays With Tyler: Losing My Religion