There are many hopes I have for Tyler this summer. He’s taking private swimming lessons and learning how to ride his bicycle without training wheels. His Occupational, Physical, and Speech therapists have given us a number of exercises to help continue his improvement.

But the biggest thing I am hoping for is to finally have Tyler be able to sleep in his own bed. Besides sleeping in bed with me, Tyler has a phobia about being alone. He can’t be in a room alone.

Up until he was two and a half years old Tyler slept fine alone. But for a long weekend in 2008 he was taken from Grant and I by Child Protective Services. From then on he sleeping alone was a nightmare.

Although he was only two and a half, Tyler remembers the horrific incident. He asks us where we went that weekend and we told him we had to go out of town. I’m sure one day I will tell him but I don’t think he’s old enough yet.

For a while I tried everything you’re supposed to do to get a child to sleep in his own bed, but it would cause him to tic and breathe erratically. I tried putting a sleeping bag by my bed but he would exhibit the same symptoms.

Tyler’s been in therapy for a while working on his anxiety, OCD and other issues. I told the last therapist before the one he is seeing now that he was still sleeping with me and he tossed it aside saying, “Boys soon enough will see that sleeping with their mother is not the proper thing to do”, but it hasn’t happened yet with Tyler.

He has a new therapist now and I figure summer is a good time to do it, figuring there will be a lot of sleepless nights involved.

I know that Tyler shouldn’t sleep with me but truthfully it has never been something that has bothered me. I enjoy cuddling with him before we fall asleep and he doesn’t take up much space in the bed.

I hope this is a project that we are successful at and that it is not too painful for both of us. 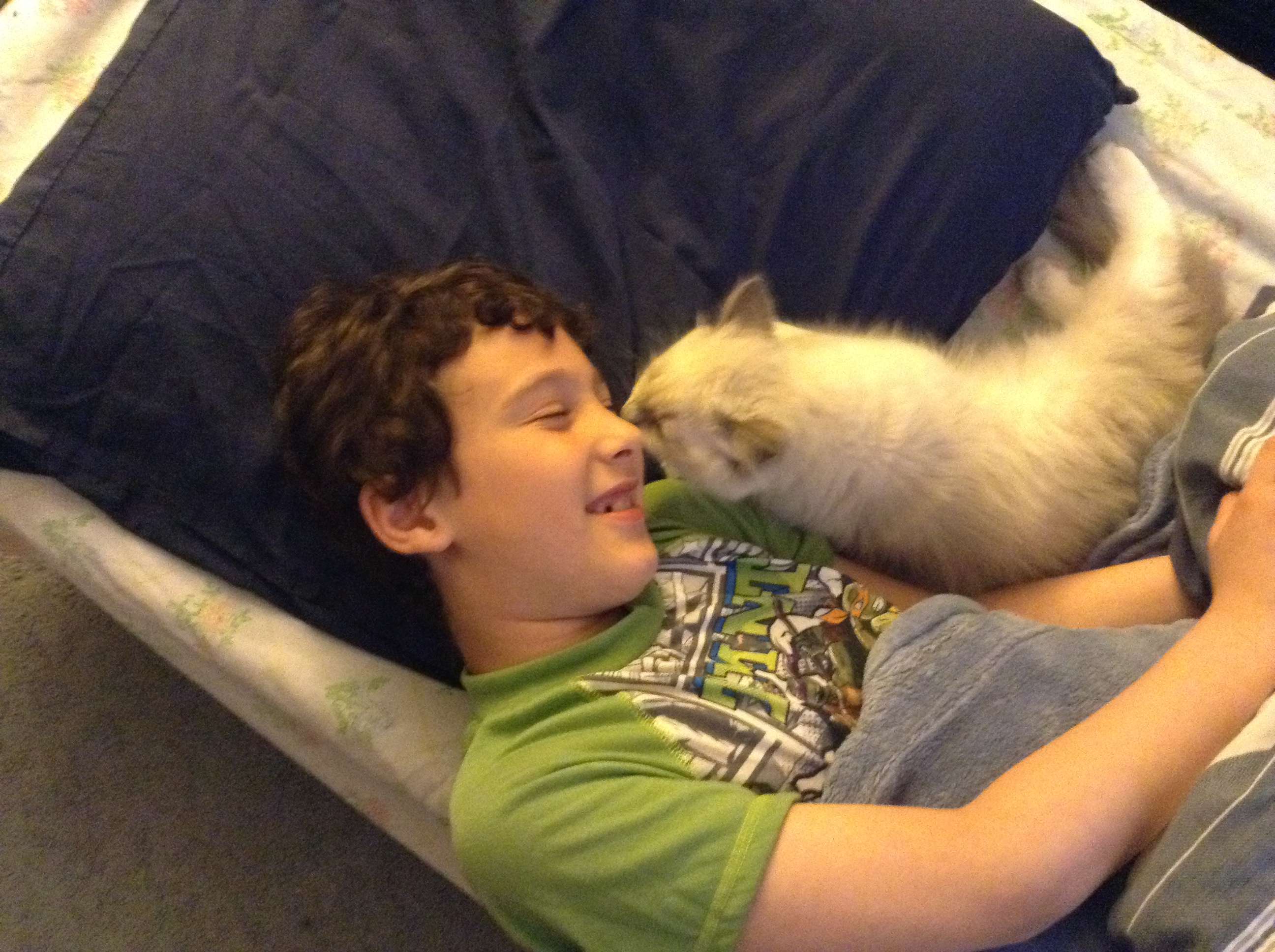 Tyler with his new kitten at his dad’s house.