Prompt #1 Throwback Thursday: Choose a photo from a previous August and write a poem or a blog post. 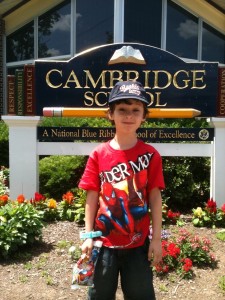 This picture is from August 2011, back when we still lived in New Jersey and school began after Labor Day rather than in August here in the midwest.

Tyler had graduated from pre-school and we had enrolled him in some “kindergarten
preparedness” camps. In traditional daycare fashion, I stuffed a change of clothes, sunblock, hand sanitizer and some other stuff I can’t remember now, along with the required snack and water in the backpack and the back pack was too heavy for Tyler to manage. I had to thin it out.

When I picked him up on the second day they had formed a sort of roll call. The moms or other caregivers had to line up at exactly 12:00 and two by two they called the kids. Olivia? Tyler? Come and get your stuff, your moms are here to pick you up.

I looked in and saw all the children seated in a square, sitting as perfectly still as Stepford children. How did they do that? 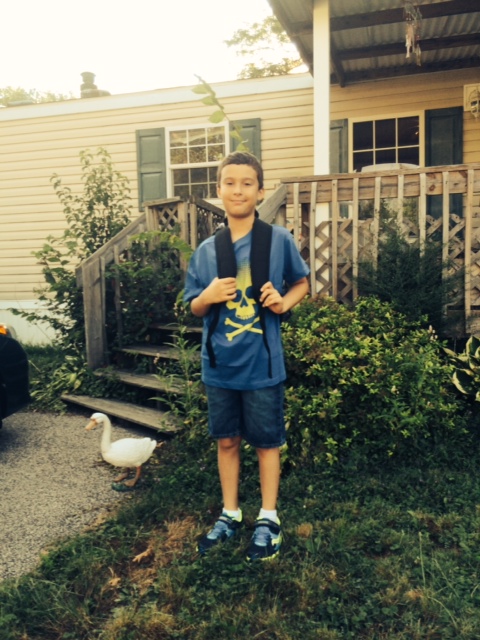 The years have passed by all too quickly and yesterday Tyler had his first day of third grade! Before school started I asked him if he wanted to find his classroom so he would know on the first day of school but Tyler said he’d figure it out.

My son is becoming more independent every day. Your heart aches a little but at the same time you are so proud, you know?