All in the Family: A Joke Fondly Remembered

Prompt #4) Share a joke that always makes you laugh.

I remember hearing this joke several times when I was a child and it really stuck with me.  It was told by one of my uncles who had married into my father’s side of my family, as one of his favorite stories about our family.

I don’t know if it is true, but he told it like it was, although it does seem like a rather tall tale.  I am going to show this post to my cousins, perhaps they will have some insight for me as they were involved in the story and I was very young.  I really hope they say it is true!

My father was one of seven children, two of whom were identical twins, Anthony and Eric, born I estimate around 1930.  The two did very well for themselves, especially considering they grew up in the depression.  Only I guess you could say Eric did a little better than Anthony.  Anthony became a pharmacist and owned his own pharmacy.  Eric became Head of the Health Department for a mid-sized city who’s name you would definitely have heard of, as it is the home of one of the top universities in our country.

Eric was very well known, frequently mentioned on the local television and in the newspapers, it seemed like everyone in the city knew who he was.  Eric and Anthony being identical twins, Anthony was constantly being mistaken for Eric, and after this happening about a million times I could see how he could be irked by this.  He would have to explain, “No, I’m not Eric, he is my twin” and then inevitably would come, “Oh, what do you do?”  It didn’t sound as exciting or important as Eric’s job, although he did do very well in his own right.

In the early seventies, Anthony took his wife and my cousins on a trip to Rome.  They had an audience with the Pope.  If you don’t know much about how this works, when most people say they have had an audience with the Pope, unless you are a President of a country, your audience includes a few thousand  other people.  Anthony and his family were in a large hall waiting for the Pope’s arrival when an Asian woman who could speak almost no English put her hand on Anthony’s shoulder and said, “Eric Rossi”.  “I am not Eric, Eric is my twin brother, I am Anthony!”  He couldn’t take it any more!  Here he and his family were in Rome and he is still being mistaken for his twin!

Finally the Pope came onto the “stage”.  Typically he says the same speech in several different languages and then proceeds to walk down the main aisle, waving to everyone and allowing as many people as he can to touch him, here and there stopping for a few seconds for a more personal moment.

My Uncle Anthony then sadly replied, “Yes, but he thought I was Eric.” 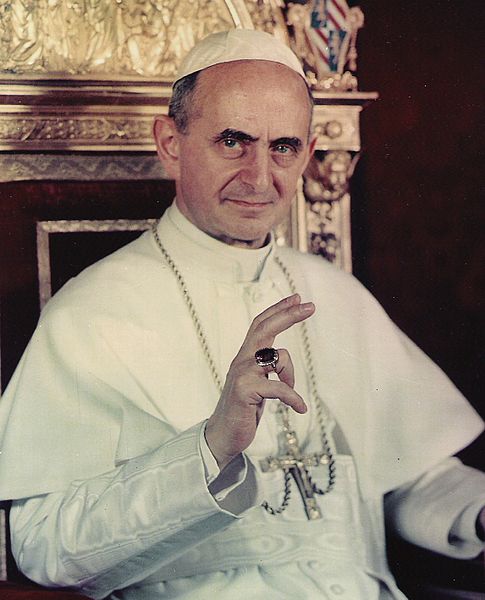 4 Responses to All in the Family: A Joke Fondly Remembered