A Week of Doctors’ Appointments

Linking up with Being Fibro Mom’s Friday Linkup.

Based upon the advice of my Rheumatologist and blood test results I had my appointment on Monday with the Hematologist/Oncologist. I liked her a lot. She told me that although I had some results that were out of range they were only out of range a bit. She wanted to do more blood work to see if these results were trending up which would be cause for concern. For many months now I have had a pain in the lower left side of my stomach and she also ordered a CAT scan of my abdomen and pelvis.

On Tuesday, I went to the Cleveland Clinic main campus to see a new psychiatrist. I had decided that I was kind of at a standstill with my old psychiatrist. Depression-wise I am not as bad off as I have been but I am still depressed. I have difficulties with day to day activities such as showering, opening my mail and cleaning the house, as well as feelings of sadness and being overwhelmed. Sometimes I wonder if this is the best I can hope for but I switched doctors hoping that there is a better quality of life for me.

I met with the resident first who did an hour assessment, which included my medical history, stressors in my life and the history from my childhood to the present. After the assessment she met with her supervisor who was the doctor Jacques and I had picked out for me due to her reputation. I met with her too. She felt I was on a lot of medications and she wanted to make some changes but one change at a time. I had been on two sedatives for my anxiety and she took me off one of them. She recommended Intensive Out-Patient Therapy (IOP), which is mostly group therapy three to four days per week for three hours a day. I’ve done it before and I’ve hated it! I told her that would be difficult with my physical illness and that I did not like group therapy. If I want therapy I want all the attention on me, maybe I’m selfish but I’ve got too many issues for the focus not to be on me the whole time! After the appointment I really felt I had made the right move in changing doctors and in the doctor I had picked. I have a follow-up appointment in a month.

On Wednesday I got lucky. There was a cancellation with the new Gastroenterologist I was supposed to see on August 31st. I have already seen a Gastroenterologist but wasn’t happy with the way she dismissed me. He recommended that I have an endoscopy and colonoscopy. The only problem is I have to wait THREE months to have them, although the nurse said the procedures could be moved up because a lot of people chicken out! I have had a number of colonoscopies due to having Ulcerative Colitis, which I have been in remission for twenty years and do not see any sign that it has returned.The worse part of a colonoscopy is the prep, where you have to drink a nasty gallon of a laxative and can have only clear liquids the day before.

It is disappointing that I may have to wait three months to get these tests done. I don’t look forward to being nauseated with a low grade fever for what then will have been going on for over a year.

Have you had the experience of a long wait to be diagnosed or waiting a long time to have an appointment or procedure? 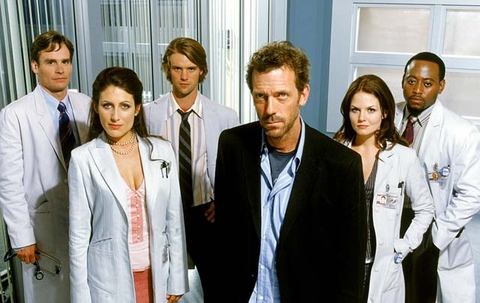 7 Responses to A Week of Doctors’ Appointments