There has been nothing more upsetting than losing the ability to be able to blog because of my depression. The ideas that used to inspire me to put up three to four posts per week are gone. It is too difficult to get my thoughts together to write something cohesive. It is hard to write this post and I am already so disappointed in it. Will I have the words to make it long enough to mean something?

I look back at my past posts. I used to write well and inspire people. I was a good writer.

Writing and making a difference was a great accomplishment for me. My blog gave me purpose.

I am doing better. I realize that I have let a lot of things slip by and I am trying to dig out from under. Balancing my checkbook, filing for bankruptcy and divorce, down to small things like some returning I need to do. I realize that I am unhappy with how my house looks. There is so much that needs to be done when you slowly come out of depression that it is overwhelming and I often want to hide under the covers again, and sometimes I do. Then there is the frustration that I have failed to do what I needed to get my life back in order.

I can’t help feeling like I am on the fringe of society. That I am looking in on what the “normal people” are doing and I wonder if I will ever be one of them again.

Will I ever “get right”? Right now Tyler says I am the best mom in the world. Will he one day resent my mental illness and be ashamed of me? Will he blame me if he has inherited my mental conditions?

I’m not proud of this post, but at least I got it out.

What has been your most difficult struggle lately? 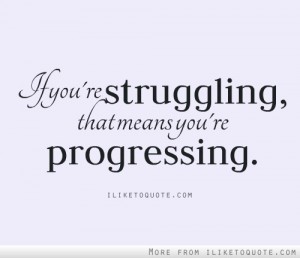