My Son and His OCD

(This post contains strong language and may be upsetting to some. However, it is a true representation of what happened with my son this weekend.)

Tyler has been in therapy and on medication for his OCD for a while now but it only seems to be getting worse.

Lately one of my nine and a half year old’s rituals is to put his hands together and form a triangle and look like he is praying. Then he has to touch something. On Saturday night it was particularly bad. Not only could he not stop the rituals they would not allow him to get up from his chair. It wouldn’t stop.

Suddenly he started saying, “Fuck! Fuck! Fuck! Fuck My Life! Fuck My Life!” I didn’t know what to say, I didn’t know how to help him. Nothing I tried was working. Tyler often gets frustrated with me because I can’t understand what it’s like to have OCD. He’s right, I can’t. One time he told me, “Mom, you just don’t get it”, a phrase that was all too familiar for me in dealing with people and my chronic illnesses.

I said, “Tyler, are you serious about wanting to kill yourself? Because if you are I have to take you to the hospital.”

I called Grant, who does have OCD and he said he would be right over but first he was going to go to the pharmacy to get some Benadryl which had been recommended to us by his doctors, which would hopefully make him relaxed and sleepy.

As I waited I thought about what taking him to the hospital would really mean and how damaging it would be for him. I have been in-patient four times and while I did improve my stays were never without some form of damage or scars. I had often heard that the children’s unit was the worse in the hospital, that the kids were “crazy”. It would also mean Tyler staying in the hospital, spending the nights away from us, something that he has never really done. While I knew he could be helped, the visit could trigger some of his other issues.

While we were waiting for Grant he started to calm down on his own and was finally able to break the rituals. When Grant arrived we decided not to give him the Benadryl. As Grant made calls to his doctors, I asked Tyler if he still wanted to kill himself and he told me no. He also said he didn’t really want to kill himself and that he would never do that.

Grant was able to speak to a Child Psychiatrist at an emergency room who told him that it is unlikely for a child Tyler’s age to actually try to kill himself but we should monitor him very carefully over the next couple of days. He also told him that Tyler should be on double the amount of medication he was taking for his OCD for the drug to work effectively.

We see his psychiatrist and therapist on Wednesday.

No one wants to see their child in pain but I have felt mental pain and it is by far worse than physical pain. I worry about what Tyler’s mental health will be like as he ages. He has Tourette’s and has inherited Grant’s OCD and our anxiety. Will he also be bipolar like we are?

When Grant and I decided to have a child we went for genetic testing. We were told our children had a 50% chance of developing some sort of mental illness because of Grant’s mental health issues. My mental health problems started postpartum. While I will never regret the birth of my son I question whether or not Grant and I would have decided to have a baby if both of us were mentally ill.

I think about the teenage years and know they are difficult enough for any child, but what will it be like for one with mental illnesses?

I pray nightly for Tyler’s health and feel that we are doing the best we can with having him be in therapy and on medication but I just feel so sorry that we have brought these conditions on our son. 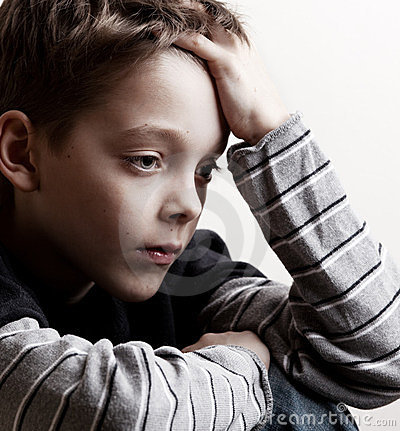 2 Responses to My Son and His OCD