I Really Didn’t Want to See the Resemblance But…

I read Following Polly as a member of the From Left to Write book club.  This post was inspired by this book.

When I start a book I read the acknowledgements, as many people do.  Author Karen Bergreen said she appreciated the support of her parents, Barbara and Bernard Bergreen, “who, thankfully, are nothing like Mother and Barnes.”  That right there is kind of intriguing as to what Karen might mean.

Following Polly is a mystery that starts when the main character, Alice, loses her job.  With nothing else to do she starts to follow fashionista Polly Dawson, whom she has loved to hate since college. Alice has never actually “found herself” and decides to follow Polly, having nothing better to do. Alice’s mother has always given Alice her jobs and other opportunities, even suggested therapy for her.  Alice loves her mother, but her step-father, Barnes, seems to find as many ways to keep Alice away from her mother as possible.  He seems to be very controlling and often doesn’t have Alice’s best interest at heart.

As I read this book, I kept thinking “I see my inspiration for this book…oh, it’s so wrong, but oh, it’s so true!  No, I can’t write this, but yet I must!” And here it is….my stepfather…is Barnes!  How could the author know my stepfather?

When I decided to write this must-write post, I started to compile a list of examples and had to stop because I could have written my own book on evil stepfathers.

My stepfather used to work with my father.  When they retired they remained “Christmas card friends” and called each other around the holidays.  When my father passed away, my mother continued the tradition.  “Max” had recently been widowed as well.  They talked for a few months and decided to meet for a long weekend starting Saturday.  On Monday morning I got a call at my office from my mother telling me to sit down.  I have a desk job so I was already sitting down, but I was nearly eight months pregnant…my mother and Max had gotten engaged.  I. was. speechless.  Was this my mother or a 16-year-old teenager?

Max lived near Boston and my mother lived close to me in New Jersey.  She wanted to be here for me and especially her soon to be born grandson.  She wanted to watch him grow up and wanted her husband to live here.  A few months later she broke the engagement as he was adamant about them living up north.  A few weeks later Max called begging my mother to marry him, that they would live in New Jersey, that he just wanted her.

The engagement was back on.  They married and within six months Max declared he hated New Jersey and they had to move to Massachusetts.  I was by then very ill and had a little baby to care for.  My mother could either 1. move to Massachusetts 2. spend half the time in NJ, half in MA or 3. my personal choice, divorce this creep because he was a lying bastard and he had planned this all along! Guess which one she chose?

Yep, they moved to MA to his home, which, interestingly enough, he had never sold.  Like a little girl I felt abandoned, almost orphaned, but my mother never saw through Max.

I could go on and on, but I will just mention a few more “Max stories” as my friends and I refer to him. Like the time he told me that even though I was totally disabled by Lupus at least I was “smart”?!

Like this past week, when I had to work my son’s whole birthday party around my mother. You see last week was the Jewish New Year.  If your Jewish, or maybe you know it anyway, Jewish holidays begin at sundown.  I told my mom since the holiday started Wednesday night, she could come in Friday, but she told me Max didn’t believe that, he did his dinners Thursday and Friday.  My mom would have to come Saturday (9/11) afternoon.  Every Jew I knew did not know exactly what sect of Judaism Max was celebrating.

So on Wednesday evening my mother calls me and mentions that she is having the New Year dinner soon.  I said, “You told me Max never has his dinners on the eve of holidays”?  “Yes, we are having one now…Max just wants me to be with him until the end on Friday”.  Did I mention my mother doesn’t go to temple, nor is she kosher, nor is religious at all?  Max just had to keep her one more day.

As I said I could go on…perhaps Max is even worse than Barnes.

Now here’s something interesting.  I wrote this post while my mother lay reading right next to me the. whole. time.  I even asked her about the Jewish New Year and how to spell Judaism (she didn’t know).

Pretty sneaky of me, huh? 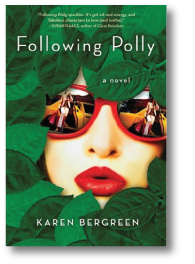