It’s been a long while since  I was hospitalized for something other than my mental health.

In late February Tyler was just getting over an earache when I started to have earaches and a sore throat. After putting it off for a few days I decided to go to urgent care. The day I went I found I was having trouble breathing and suddenly my breathing turned into what sounded like a rattle. “I think we waited too long”, I said to Jacques on the way there.

When it was my turn I explained to the nurse technician that while I originally was coming for earaches and a sore throat I was having trouble breathing. I mentioned the rattling sound and she said, “I can hear it”. She put my finger in the pulse oxygen measuring things (not sure what to call it!) and suddenly everyone was in my exam room. Someone said, “Do you want us to call an ambulance for you?” and I said yes.

The ambulance was there in no time. Jacques would follow in the car. They tried to listen to my heart but couldn’t hear it over my noisy breathing. They parked me in a room in the E.R. and put an oxygen mask over my face. 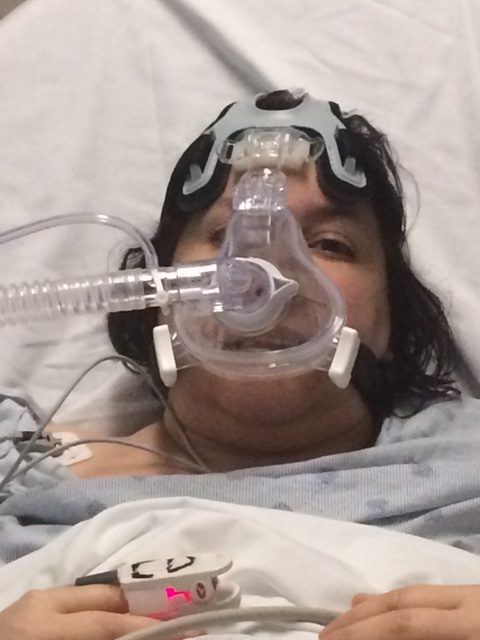 We called Grant to let him know where we were. He contacted Tyler’s pediatrician who said Tyler needed to get tested immediately for the flu and so did Jacques. Thank God they were both fine.

We waited in the E.R. for a long time. After a few tests they told me I had pneumonia too. I asked if I was going to be admitted and they told me I was but that they were looking for a bed for me.

Although I was grateful for the oxygen it dried me up something terribly. I begged for water but finally got some ice chips.

Finally the E.R. nurse said, “We have a bed for you. We’re going to put you in intensive care”. I.C.U?! “That’s concerning to me”, I said. The nurse said they just wanted to closely watch me through the night.

The next day they moved me to a normal floor. Everybody wanted to listen to my chest and lungs but it hurt so much to breathe deeply, I couldn’t actually manage it. I had to take short breaths. I mostly used a bed pan, too weak to get up. Even changing sides in bed would exhaust and hurt me.

On my second or third day there my heart started to beat fast and I was losing oxygen. Everybody was in my room and got me stabilized. The doctor said I should be moved to a unit that had a smaller nurse to patient ratio, it was a step below I.C.U.

The whole time I was there everyone used a mask around me, it was such an odd feeling! I asked one of the pulmonologists when I could go home and he said, “You have a very serious pneumonia, it’s not going to take days to go away, it’s going to take weeks!”

Jacques came to visit me every night. Sometimes our visit consisted of us falling asleep we were both so knocked out.

They treated me with Tamiflu and a strong antibiotic.

One day the physical therapist came and showed me how to walk with a walker and got me in a chair. That was my routine, eating breakfast, getting washed up and getting to the chair. I also graduated to using a bedside commode. I took lots of naps. It was hard to sleep at night and my daytime activities exhausted me.

The cable t.v. was terrible. Good thing I’m a reader, I read three good books while I was there!

Eventually I finished the courses of Tamiflu and antibiotics. My lungs were sounding better and the doctor said I could go home the next day! I was still on oxygen but was down to a two. I had to go for a test to see if I needed oxygen for home. They deemed me as a two at rest and then I had to take a six minute walk with the walker. I got so weak I was really glad I had that walker! They also put me down for a two for exertion.

I found out that Medicare only pays for oxygen at home if you have a chronic condition, not if you have an acute condition. Acute or chronic, I still couldn’t breathe, right? I was forced to do self-pay. I spent a lot of money on medicines this month, it’s going to be a tough one.

Now I’ve been home a week and a half. I have wanted to write a post long before this but I am extra tired and take two naps a day. I’ve only been out once but tomorrow I see my PCP for a follow-up and next week I see the Pulmonologist who I hope will tell me I can come off the oxygen.

If you learn anything from this tale it is: GET YOUR FLU SHOT!!! I get a shot every year but with my depression and agoraphobia it made getting out difficult. But I learned my lesson! 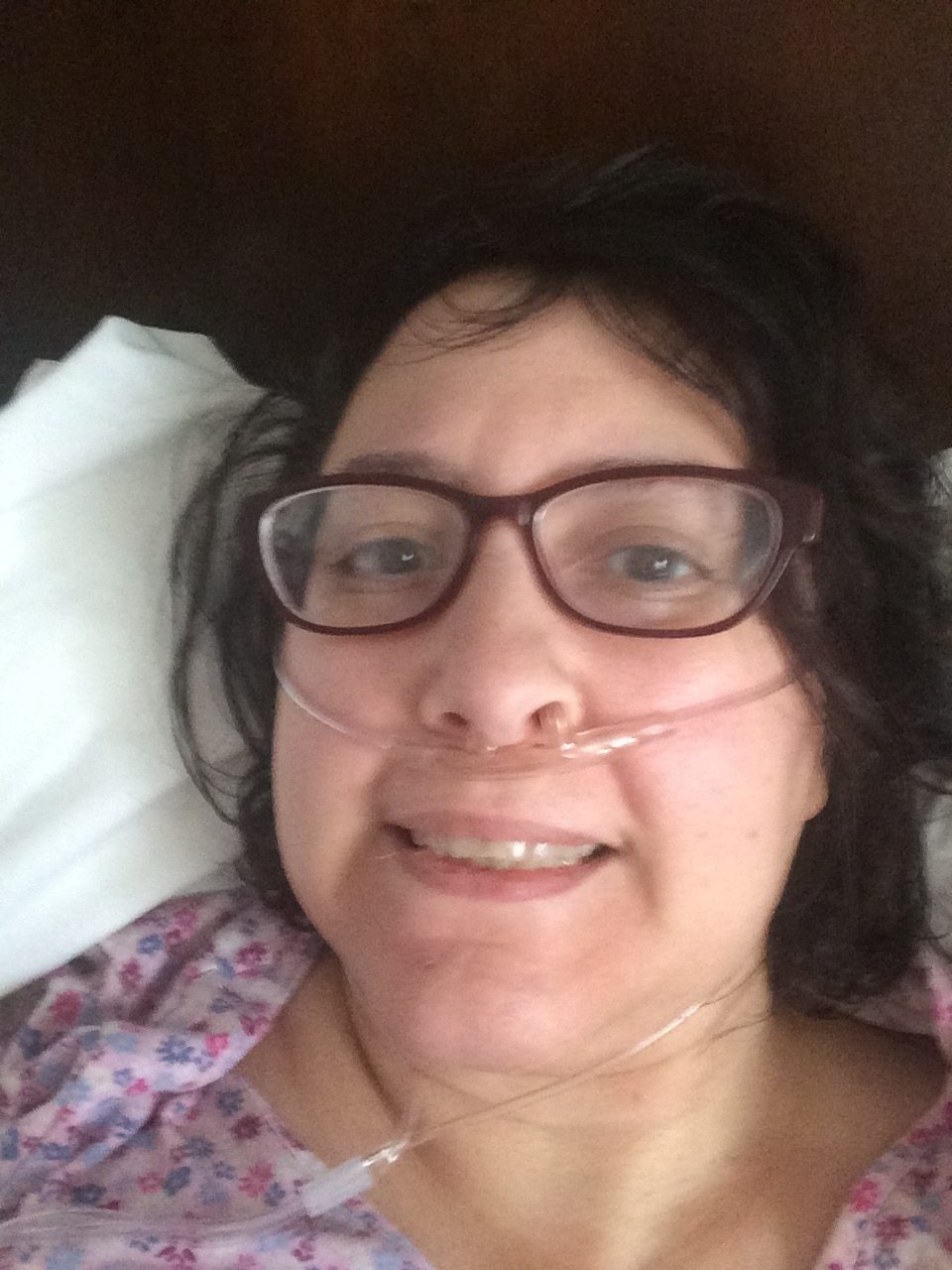 5 Responses to A Hospital Stay