Would My Child Be “All Right”?

I read The Kids Are All Right as a member of the From Left to Write book club.  I was given a free copy as part of the book club.  This post was inspired by this book.

“The Kids Are All Right” is the true story of what happens to four siblings when they lose both of their parents.  As a parent, I don’t think you could read this book without wondering if something like that could happen in your own family and what would happen to your children, not just physically but emotionally.

As a person with chronic diseases and illnesses married to another person with chronic diseases and illnesses, I probably wonder about this more than most people.  Living in debt and under the poverty line, we do not have any kind of trust set up for our child, but besides this, we are not sure who we would even want our four-year-old son, Tyler, to be with, or who would even want him. For sure he would go to Grant’s parents but they are getting up in years and handling an active little boy would be hard on them, even though they have agreed to do it.

But after that we come up empty.  I do not wish to have my son live with my mother and my step-family. My brother is developmentally challenged.  Grant’s brother is a bachelor who knows nothing about kids.  We don’t see any friends or family enough where Tyler has made a close connection to anyone, and who is to say whether they would even want him?

The kids’ mom and her prolonged fight with cancer really disturbed me too.  In the last few months she just was too debilitated to have any impact on her kids’ lives.  They were on their own and, not that you could blame them, or her, but they ran around like a pack of wolves.  As a sick mom, it was hard to see what it would be like to be alive but to lose all control and influence over your children.

Perhaps it was because I have a son, but I really read with interest how the only boy in the family, Dan, dealt with his mom’s fight against cancer and her death.  He really acted out, becoming a troublemaker and was bounced around from place to place.  He became a kid no one wanted to deal with.

The saving grace for all of the kids is that they are a family of four siblings, but my child is and will be an only child.  Who would be his “memory” for him about us?  With whom could he really share his pain who would understand?

Grant and I dying while Tyler is still a child is still probably a one in a million chance, but a little higher than your average parents’ chances.  Still, this true story made me think about it and will keep me thinking for a while. 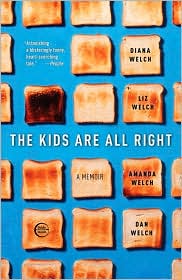 5 Responses to Would My Child Be “All Right”?