If You Really Knew Me, You Would Know That…

Prompt 3.) If you really knew me, you would know that…

If you do not want to know about my torrid past, if you would prefer to think of me as an angelic mother, wonderful wife, a poor, sweet sick woman; you may want to skip this post.  There are some sexual themes here as well.

Throughout high school and into my mid 20s, I actually was a pretty “good girl”.  Meaning that I lost my virginity at age 20 with the one boyfriend that I would date for five years.  When “John” and I finally broke up for good, my life, and the way I thought about my life was destroyed.  Here I had been a good, churchgoing girl all of my life, and where the hell had that gotten me?  Now I was 24, single and “sexless”.

I turned into another person.  Someone who was going to get what she wanted, no matter whom she hurt.  If it felt good, I was going to do it.  I was going to use my hot, 24-year-old body and face, and “work it”.  So, by feeling good, I do not mean drinking more or taking drugs, I mean sex.

I had a unique quality about me.  Women found me very innocent due to my youth, men found me very sexy.  I was always friendly to men and many of them had crushes on me.  Most of them were married.  This “new me” didn’t care about that.  If I liked them, I was going to have them.  I would now flirt back with them when they flirted with me.  It takes two to tango, and I was now going to tango with them.

This part of my life mainly focused on two men whom I worked with, but for length’s sake I will focus on the one who came first.  I had spent a few years working with “Steve”, before I even knew I liked him.  I think it was a surprise to both of us that suddenly we both felt a sexual attraction to each other.  I think it happened when John broke up with me, leaving me “free”.  Steve was married with two children.  I didn’t care.  I decided that I loved Steve more than she did and we were soul mates.  What had started off as friendly notes left in each other’s mailboxes became more and more sexual.  The one day of the week when we worked together was a day when we were both extremely “hot and bothered”.  Steve didn’t know what to do, between being a husband and wanting me.  I knew exactly what I wanted.

Eventually Steve fell victim to my “seduction”.  This took on the form of much groping, kissing and teasing of each other in an empty office.  Saturdays was our day.  Almost no one worked there besides us.  I would wake up extra early and dress in my finest bra and panties bought especially for him, do my hair and makeup, and get there well before I had to, so we could have our time. There would be lots of “modeling” for Steve and more of that groping stuff for both of us.  Sometimes we would meet in secret locations, just to grope and agonize, the agony being on Steve’s part over his marital vows.  Wow, did I torture that poor man.  I literally once had him on his knees begging to see more of me.

Then came a horrible nor’easter.  Steve and I were “essential personnel”  and needed to be by our work location. Our company set him up in a hotel room, while I chose to be at a nearby co-worker’s home.  That night, knowing that Steve was alone and so close, I confessed to my co-worker, who was about 20 years older than me, about what was going on.  Her advice was, “Call him up, then get over there and get what you want!”

Sounded good to me.  I called Steve and he told me to come over.  I will never forget the short drive, how excited I was, but also a bit scared!  I got to his room and after a bit of talking he laid down on the bed and I got on top of him.  I wanted to dominate him.  Much bumping and grinding ensued.  I started to unbutton his jeans, my eyes were on THE PRIZE.

Suddenly he jumped up, practically throwing me off of the bed.  “No, I can’t, I can’t, I CAN’T! Emily, I am sorry, this is unfair to you, but I cannot break my marriage vows, I just can’t do it, I am sorry!”  I remember saying, “Well can you at least take care of ME?”, but the moment had gone.

I worked with him a few years more, and while we never made it that close again, we still enjoyed teasing each other, and a friendship.  He once told me, “If I had met you first, things would have been different…but I met HER.”

When I lived alone and I stopped working with him, he would still call me and we would have AMAZING phone sex. This stopped when I got married, even though he occasionally will still try to start something up with me, via secret emails.  It is so tempting, to go back to a time when I was beautiful, sexy and healthy, but I realize now that it is wrong.

I suppose Steve is of the Bill Clinton thinking of “I did not have SEX with that woman” so that is okay.  The married, wiser me does not believe that to be the case.  Am I naive to think that I was his only dalliance?  I don’t think he would ever tell me the truth.

So, now that you really know me, I hope you like me anyway. 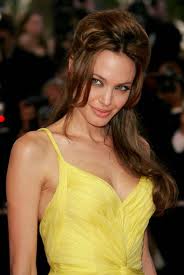 Okay, I wasn't as hot as her, but I was pretty hot for your average non-celebrity!

10 Responses to If You Really Knew Me, You Would Know That…