The Summer of Chronic

About ten minutes ago (around 7 a.m.) I got my first sense of “back to school” dread.  Even though I was a good student, I was a girl who loved her summers.  I was a tom boy; a tree climber, a child who tried to prolong bathing as long as she could, and a fish underwater at our pool club at the YMCA.  My brother and I were always outside. I remember we would pretend we were monkeys.  I, being the oldest, would be the Mommy monkey and he would be my son, and we would swing from trees and eat “monkey” food, which was basically mud pies.

As I got older I still loved summertime.  That freedom (except for when Required Summer Reading came, let’s not even go there) to play all day, watch Gidget , Get Smart, and all the other reruns I could ask for, to read the books that I wanted to (Judy Blume books, read about ten times each book, anything by Paul Zindel, and Harriet the Spy, another book I read ten times) and the days that never ended, being able to play outside until nine ‘o clock at night.

I loved my summers so much that even now, as the weather gets cooler and with only two more days left to go, I still shiver when it is “Back to School Time”.

Of course, this was probably the most unique summer of my life.  For the first time ever, Tyler stayed home with us, except for four weeks of camp that were three hours a day long. It was easier having him stay at home, by the time I would get back home from dropping him off, it was practically time to pick him up!

I have to say that when Tyler graduated from pre-school at the end of June, with Grant and I both disabled, I didn’t think we were going to “make it” with him being home all summer.  It truly was the first summer he would be home with us, as he was born in September so by the next summer, he was already in daycare.  How was I going to hide my pain from Tyler? How would Grant lay on the couch all day, crippled by depression and anxiety?  How would I hide my meltdowns when I got bad news, from either the Social Security Administration or another diagnosis?  How would I just make it through the day?  There was just NO WAY this was going to happen.  But it had to, because Grant and I could no longer afford daycare/camp/preschool, or whatever you want to call it.

With just two days left until my son starts his first day of kindergarten, I can now say, “We did it! We made it!  Woo hoo!”

I feel really good and proud about Grant and I s’ abilities to stretch our limits to the max.  I really think we gave Tyler a good summer.  A big worry that I had was that Grant and I both do not well in the heat.  Depending upon if you want to look at it as a blessing or a curse, Tyler, due to some of his sensory issues or perhaps his OCD, abhors water; the beach and the pool, and my pediatrician told us not to force him into the pool or the ocean, that it would be doing more harm than good.  So, I guess you could say, none of us were into many outdoor activities during the super hot, poor air quality summer of Central New Jersey.

When Tyler was not at camp, which again, was most of the summer, we lived at the library.  We are fortunate enough to be in a township that has one of the greatest local libraries as far as children’s programs go.  Tyler “read” to a therapy dog, which got him over his fear of dogs (!), joined the Lego Club, did arts and crafts and “took in” an hour long program on butterflies.  All free!  He also did karate.  We do plan on continuing library programs and karate, but we will see how it is all going to work once Tyler’s school schedule starts.  We are blessed with full-day kindergarten!

I was also worried about how Grant and I were going to get our work done.  Grant, if you do not know, is a freelance writer, I am a voiceover artist and this little blog that you are reading requires a lot of attention, more than I would have ever imagined.  Grant and I definitely made less money this summer because we had less time to devote to our work, but any decent camp around here is about a grand a month (I know your mouth might be hanging open if you do not live in the tri-state area of New York, New Jersey or Connecticut) so we were probably still ahead of the game.

My routine would be to get up when Tyler got up, make my coffee and get right on the computer, of course tending to Tyler’s needs like a breakfast snack, as he doesn’t like to eat a lot when he wakes up, breakfast, and any bathroom…”issues” that he needed help with.  I would also try to throw in some housework, a laundry here, a dishwasher run there.  I worked to 1:00 every day and then it was quitting time with me devoting the rest of the day to hanging out with Tyler or getting out to do something.  We did see The Cars 2 (Tyler’s first movie!), Winnie the Pooh, and The Smurfs. Tyler did get outside during camp, and he did go to the park a few times with my mother and Grant and even me!

I have to say that overall he was very good for someone who is about to turn five, with the exception of him still needing to learn that when we are on the phone you do not talk to us. That “when I hold up my hand like a stop sign, it means you should not interrupt me” solution is not quite working out.

Because we didn’t have many plans, except for doctor appointments and special programs at the library, we had a lot of flexibility so I was able to keep what I like to call “Lupus hours”. That is, sleeping when I want to sleep.  Grant was for the most part able to take over when I needed a nap or be up when I needed to go to bed for the night at 8:00.  Grant likes to joke that due to our disabilities we make one full parent together, but I do think we managed pretty well this summer!

And now with just a holiday separating us from when Tyler begins kindergarten, I am beginning to get misty.  I am actually going to miss having my child home so much with me, because at almost five, he is able to do a lot of things by himself, and with some exceptions, he is a joy to be around. Don’t worry chronic moms, or just moms with young children…it DOES get easier!

Those “back to school blues” are kicking in.  Physically, Autumn is the worst time of the year for me because of the drastic changes in weather.  And then Autumn leads to Winter, which is a bummer all around.   And now, my little boy is starting what will be the first of I hope at least 17 years of school for him.  He is nervous, and so am I.

I guess you can say that for the three of us, we are all going back to school. 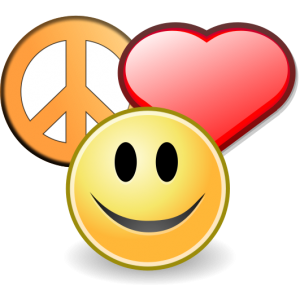 3 Responses to The Summer of Chronic