This prompt is in response to Mamakat’s Writer’s Workshop.

I was a freshman in college and had a crush on a sophomore whom I was in a play with. “Peter” was handsome, talented and smart, but I was very shy and, while friendly with him, I didn’t know how to take it further.

We were both taking Art History and the professor gave us the assignment that we were to go to the Metropolitan Museum of Art in New York, pick a piece of art and write two to three pages on it. One of my friends had the great idea that I should ask Peter to come with me since we had to both go there anyway.

So I got up my courage and asked and he said yes! I was over the moon! But was this a
date or a friendship outing? One of my friends said, “If he buys you a pretzel, it’s a date!”

I tried to dress like I wasn’t on a date even though I wanted it to be! We took the train into the city and took the subway to the museum. We looked around the museum and chose a Greek boy, or a Kouros. It was a simple sculpture and we chose it because it looked really easy to do!

We sat on the ground as many students do and wrote and wrote, both putting in all the b.s. we could, you know how you did that in college!

I was beside myself! Here I was in New York City in a romantic setting with the boy I loved!

After we finished we walked around the museum for a while, then Peter suggested lunch…and he PAID for it! Woo hoo!

When we took the subway home I was sitting and Peter was standing over me and he was looking at me and smiling with what we used to say “eyes of love”! I was freaking!

Eventually Peter and I did date. He was gentle and made me feel really special but my
hopes were dashed when I found out he was dating TWO other girls in the play. I guess I wasn’t so special after all.

I heard that Peter is married with kids but we never kept in touch. Still, I look back on our “maybe date” with fondness. 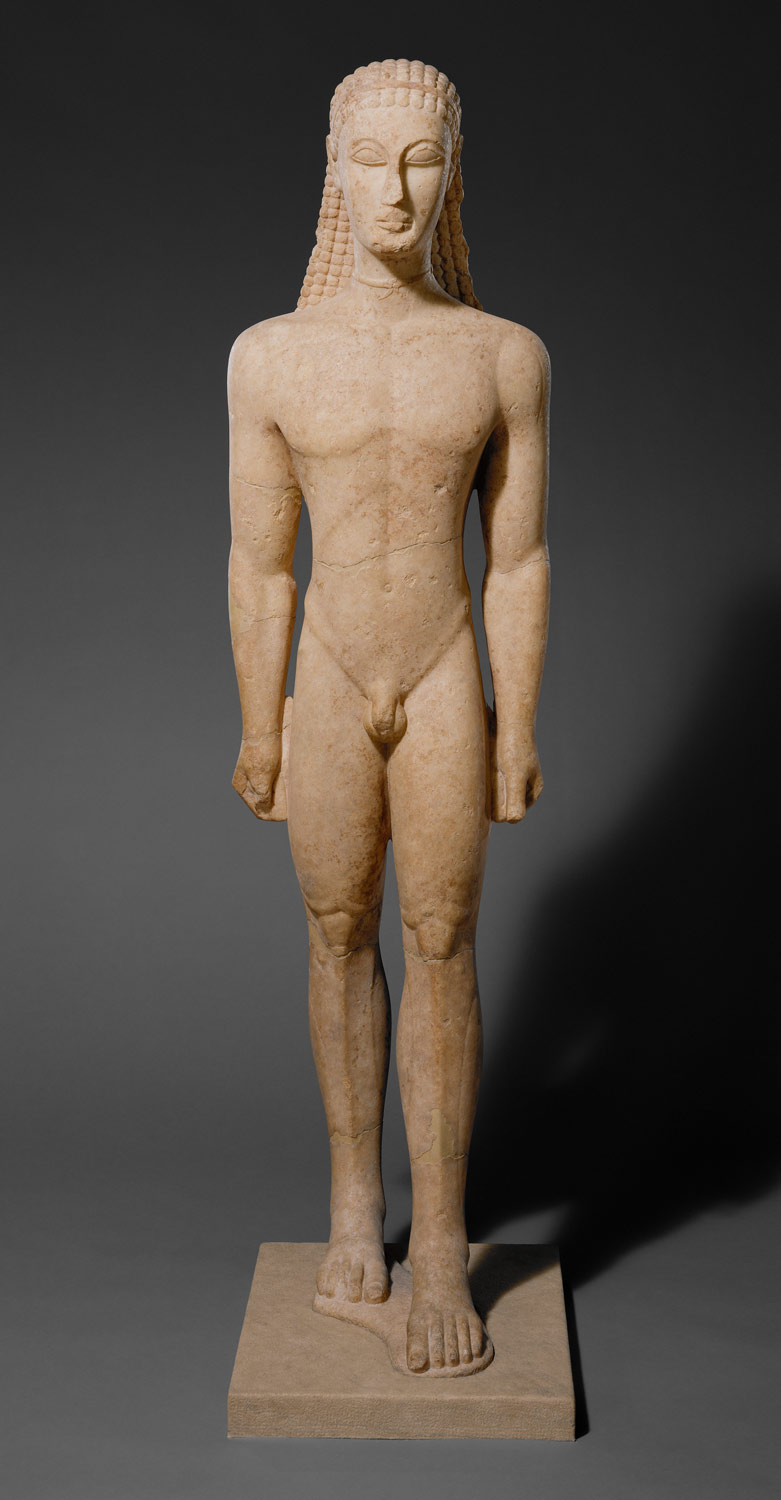 5 Responses to A Memorable Date