I read 29 as a member of the From Left to Write book club.  I was given a free copy as part of the book club.  This post was inspired by this book.

In Adena Halpern’s 29, Ellie Jerome, on the occasion of her 75th birthday party, wonders where her life has gone. When she blows out her candles, she wishes she could be 29 again, and on the next day, she is.

Ellie grew up in a time where, if you even went to college it was to earn your “Mrs.” degree. She married for security, not for love, at the age of 19.  Getting a job was frowned upon, and why should she when her husband gave her everything she could ask for?  Clothes, jewelry, fabulous vacations?  Ellie was expected to have children, keep a nice house, and have dinner on the table, all while making sure her hair and make-up were perfectly done to go along with her high heels and pearls for when her husband came home from his hard day at work.

Ellie knew that her husband cheated through a lot of their marriage.  She fantasized about taking her daughter and leaving him.  But back then she was told by her mother, “He works hard and he provides for you, subject closed.” And for many wives back then, as was the case for Ellie, the subject was closed.

I enjoyed this book very much, but as a woman now living in the 21st century, growing up in the Gloria Steinem, “I am Woman, Hear Me Roar“ era, this part of the book really pissed me off.

Born in 1969, all I can remember was my parents talking about my college fund and money going towards my college fund, there was never any doubt whether or not I was going to go to college, it was ingrained into me like breathing.  In my internship of the summer of my junior year, there was just as many woman as men in the working world.  I was educated, I had the pill, and I was going to have a career.

As many woman of my age, I was determined to be able to make it on my own.  Yes, I did want to get married, and yes, I did want to have children, but someday. Not until I could support myself and even my own children, should something happen with my future husband.

I did marry for love, I did earn more money than my husband, and that was okay for us both. I bought my own clothes, jewelry and fabulous vacations.  I could support my child if I was unhappy in my marriage, I could leave.  Oh, and that “affairs” stuff, yeah, that’s a deal-breaker, honey.

This post is not meant to judge the many women who did marry and have children when they were young, and who were and are Stay At Home Moms.

I am just grateful that, unlike Ellie, I had a CHOICE. 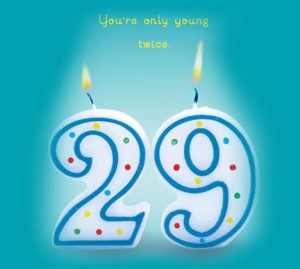