Late last year my psychiatrist recommended that I up my dosage of one of my medicines. Pretty soon after I did this my scalp started to itch. I looked up the drug’s side effects and sure enough scratchy scalp was one of the side effects. I called my psychiatrist and told her what was going on. She was mystified because she had only increased my med, it wasn’t a new one, but she lowered my dosage anyway.

The scalp issues continued. The itching was driving me crazy! My doctor lowered my dosage even more.

Then I went to the salon to get a color and cut. The stylist said, “Ummm, you have bugs in your hair.” I was horrified and mortified! She gave me a number and directions to the local lice center which was conveniently located in my very own town.

I got on the chair and the owner started to check me out. He said, “Wow! You have the worst case of lice I’ve seen this season!” He said I had to have gotten it from Tyler. Grant brought Tyler in and sure enough he had it too although I was much worse.

They then recommended I have my house sprayed. $210 later and the both of us and the house were treated. The owner said we had to come back three to four times to get the lice completely out but I might need more treatments!

I learned that lice hits people of all economic backgrounds. There were some lovely little girls getting treatments.

I called Tyler’s friend’s dad to let him know that Tyler had lice and she had it too.

So it was just a coincidence that my scratchy scalp started at the same time I increased the dosage on my medicine.

Tyler and I are both lice free now and I hope we never have to deal with it again! 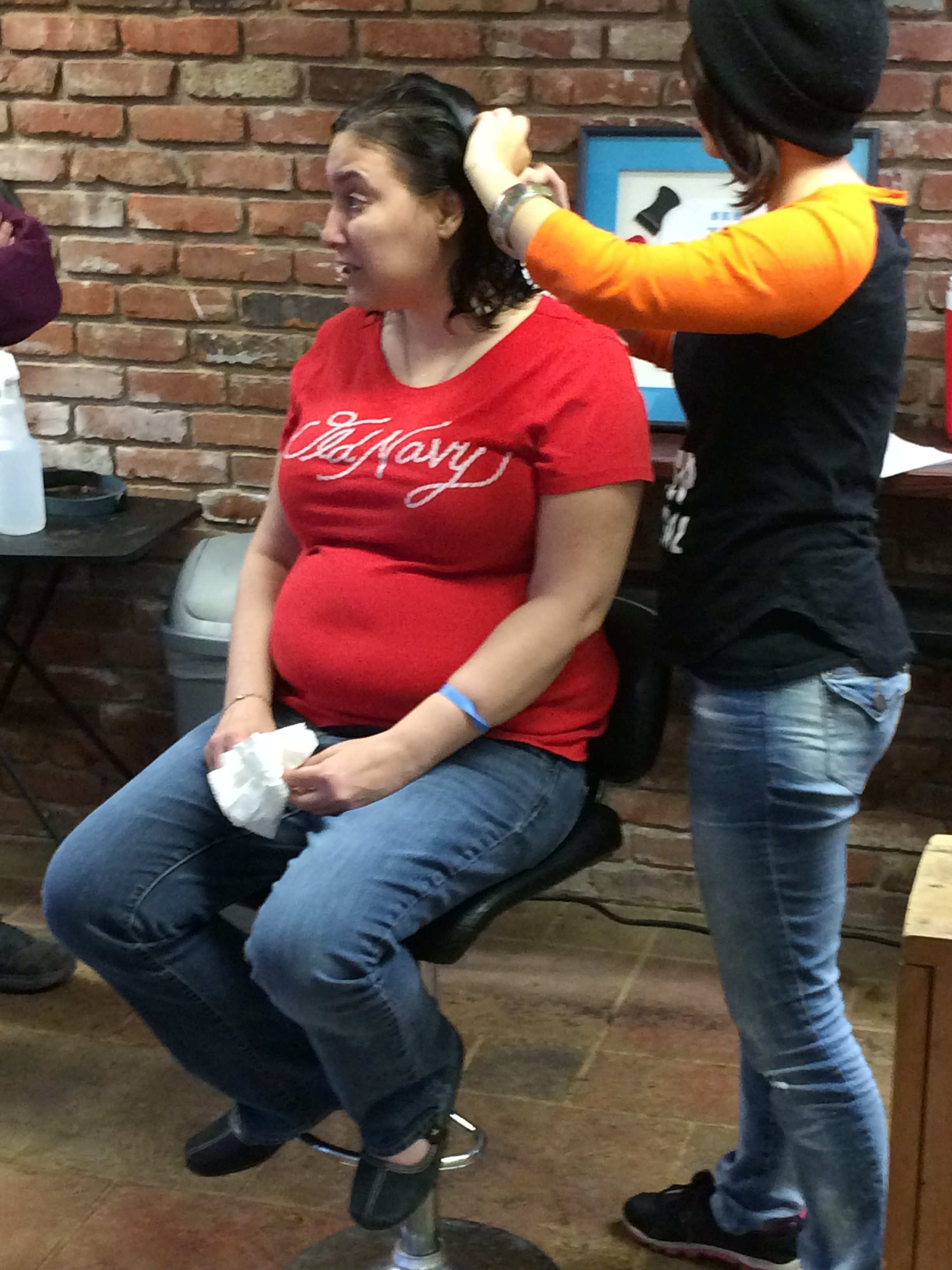 One of my many treatments!

2 Responses to Rhymes With Nice