So My Psychiatrist Went Off On Me

I’ve been seeing my psychiatrist since last August. She is a resident but I picked her because she was under the supervision of a psychiatrist who has a good reputation. The resident can’t do anything without her final approval.

When I met her this summer she said I was on too much medication (which I agree with) and she wanted to change some of my meds. So far the only things she’s done are to lower my anxiety med and increase my mood stabilizer. Not very many changes in the past six months and so it’s not very surprising that my depression and anxiety are the same.

When I saw her this past visit I brought Jacques in to help her understand that I have made no improvement and to give her some examples of this. We also mentioned that I was still having nausea even though I was now gluten-free because of the celiac disease so that was contributing to my mood.

She said she was at her limit with what she could do for me! “You want a magic pill, well there is no magic pill! Look, there are two ways you can go with this. You can go with ECT (that’s what they now call Electric Shock Therapy) or you can push through it and get better!” Meanwhile, sometimes I can’t get out of my house for two weeks and still feel sick to my stomach so what was she wanting me to push through and how was I to do it???

We were stunned at the mention of ECT. I don’t judge anyone for having it but I’d have to be suicidal to consider it, it is just not an option for me.

Then she said, “What about your son? Do you want his only memories of you to be you sick in bed?” She has never spoken to my son so she has no idea what our relationship is like. I have been very honest with Tyler. He knows that sometimes I can’t do things and we concentrate on the things I can do. More than once he has said I am the best mom in the world so I don’t think he is feeling deprived.

If I was in a worse frame of mine this certainly would have brought me lower and made me feel more hopeless.

At this point the head M.D. came in and Jacques said that the doctor had mentioned ECT for me. “ECT? No, you are not a candidate for ECT!” Then the Resident started backtracking and she said that we had misunderstood her!

The resident is graduating in April so I will never have to see her again, otherwise I would want another doctor.

I guess I will try my luck with the new resident and hope for someone who truly wants to work with me. 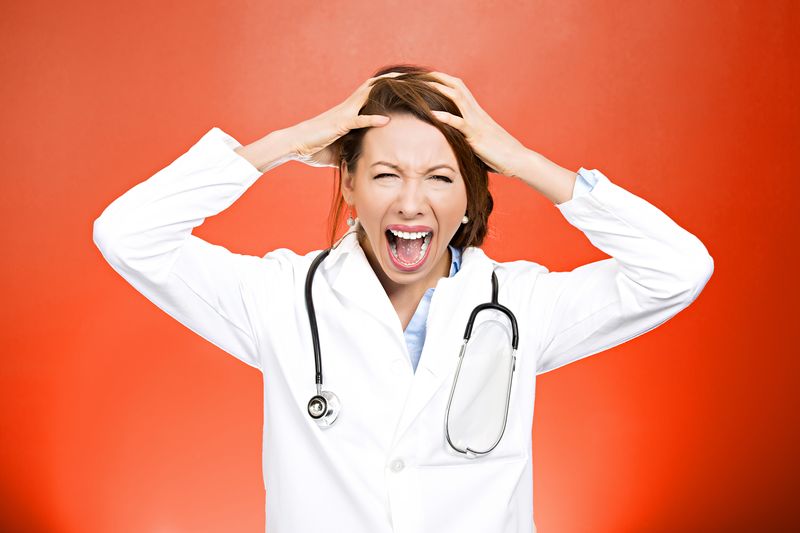 9 Responses to So My Psychiatrist Went Off On Me